This past Saturday afternoon, I took a step way outside of my box and into a pole dancing class. If you’re wondering how this 42 year old got here, a few weeks ago during a search through my Mind Body Fitness app for yoga studios, I stumbled upon a studio name that didn’t quite sound yoga-like. Most yoga studios have words like Om, Synergy, Lotus, or Buddha in the name, so when Diva is part of the title, it definitely catches your attention. There was no chance I was going to pass up checking this place out, so I clicked on the link to their website and spent the next 20 minutes reading every detail about their pole dance inspired fitness classes. The next thing you know I was signed up for a private lesson. (Private, because I was too much of a chicken to walk into a group class without having any idea what to expect from a place with Diva in the name.) Pole dancing is something that I always secretly wanted to try, and given the work that I’ve been doing through my women’s empowerment and purpose group, when this place showed up unexpectedly, it felt a little like a sign.

As I suspect it is with many women, there is a side to me that is sensual and sexy. It’s a side that is always lurking just in the background, locked away and afraid to really show itself. There are easily a hundred reasons bouncing through my head about why it shouldn’t take the spotlight: I’m too old. My body isn’t in good shape. I have cellulite. People will think I’m being silly. I’m too pale. I’ll look ridiculous. Showing my sexuality is sinful. The list goes on and on. It’s a big step for me to even admit that I have such a side, let alone to do something to let it shine, but times they are a changin’.

The pole dancing choice seemed an obvious way for me to express this sensual part of myself. I realize that it is typically associated with women stripping for men, and men ogling, and men behaving badly – and given this, some women might think it goes against everything that women’s empowerment stands for. To me, there is so much more to it. I’ve been to a strip club or two in my life (yes, really), and I have always been fascinated by the women who can do this. I happen to think the movements around the pole are incredibly sexy and powerful, not to mention that the women are physically strong. It also turns out that there is an entire pole dance culture out there, one that doesn’t have anything at all to do with removing your clothes for men. Many women just use it as a way embrace their sensuality, and to fall in love with their own bodies, and I find that incredibly appealing and yes, empowering. The bottom line is that there is something sexy about a pole, and no matter what someone else might think about it, I am drawn to it.

When the day came for my private lesson, I had such nervous butterflies that I considered canceling for a moment, but I’m so glad that I didn’t. I arrived at the back of a large warehouse park, and at the very end of the final building was a small, nondescript door with the studio name place subtly above it. I took a deep breath and stepped inside. A very sweet woman named Regina greeted me at the front desk, and she immediately put me at ease with lots of chatter. While we were waiting for my instructor, she gave me a tour of the space, and ensured me that everyone is nervous when they first come in. She further clarified that this was a space where women from all walks of life come together for exercise and to find their sexy, and the one rule that they are very clear about is to leave any judgement whatsoever at the door.

When my instructor, Sasha, arrived – it was on. She was a strong presence, but also very pleasant, and explained that Regina was training to be an instructor, so she was also going to help with my lesson. They planned on walking me through an entire normal fitness session, which would start with warming up, doing some floor work, and then moving on to the pole – but every single move was going to have a sexy spin on it. The hip hop music cranked up and they stood on either side of me ready to start the warm up – then it happened. Sasha asked if I had ever twerked before. Let me paint a picture for you here. Two beautiful, voluptuous, African American women are standing on either side of me – the strawberry blonde, pale, and in this scenario pretty scrawny looking woman with no real booty to speak of. My response to Sasha’s question: “Do I look like I have twerked before?” After a good chuckle, they told me now was my chance…and so I twerked. Well, sort of. As I leaned into it, they were cheering me on proclaiming that I had nailed it, but I’m not sure I was so convinced. My twerking abilities sure didn’t look anything like what they were doing. Mine was a bit more stiff and awkward, and I definitely didn’t feel anything shaking like I thought it should. But I rolled with it anyway.

We next grabbed some yoga mats in preparation for the Diva floor work, and I thought to myself, I’ve got this – I know yoga. Wrong. Every single movement involved some version of sexy, including getting down and back up from your mat. It took me a while just to pick up on the “Sexy Down” move to get onto the mat, so what on earth was I in for here? I won’t go into every slither and slide, but let’s just say some of the moves were incredibly complicated, required a good deal of strength, and were downright sexy at the same time. At least my instructors looked sexy doing them. Our final move before hitting the pole work was something called The Pony, and oh yes – that meant Ginuwine hit the stereo along with a fair amount of slapping my own scrawny white ass. I’m not going to lie…I loved it.

Now to the pole. Oh, the pole. That is some seriously hard work. Let me just tell you that I have always respected a woman who can work a pole, but never as much as I do now. Talk about upper body strength required. I was thrilled to at least make it through the four moves that they taught me without slipping right to the floor. I guess those couple of years at CrossFit paid off (even though I haven’t been in ages). When I nailed the Fireman Spin, though – that was the highlight. It’s quite a bit more complicated than it looks as there is so much to think about:  hand position, footing, distance from the pole, no jumping, pace. But when it all came together, that was the moment that I knew this would not be the last time that I took this class.

My favorite part of the hour? While it’s tough to beat the twerking, it was definitely the cool down. I got to choose the song, crank it way up,  and just have alone time on the pole to do whatever I wanted. Despite all of the awkward moments, those last few minutes spent with my new moves and Ariana Grande’s Dangerous Woman made me feel like the sexiest thing around. I suddenly let go of all the awkwardness and shut out every voice in my head that told me I shouldn’t do this. I felt alive and on fire, and it was wonderful!

A few other takeaways from this experience: 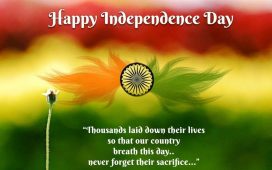 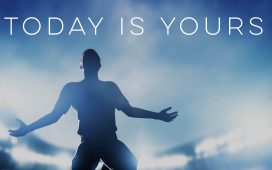 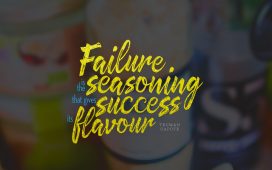 Motivational Quotes is the Best Motivation for our life 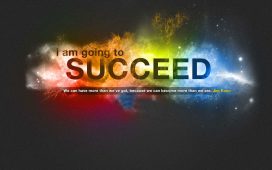 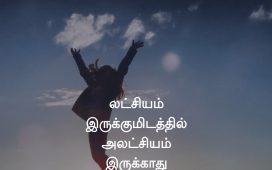 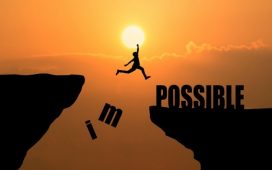